Ohio activists are continuing to push for referendums to amend city charters that would ban horizontal hydraulic fracturing (fracking) and injection wells, even in areas where little or no oil and gas activity is taking place. 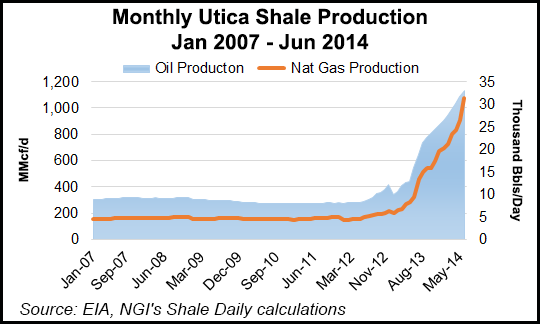 The latest effort is in Columbus, the state capital, where a group is gathering signatures for a May ballot issue on a community bill of rights that would amend the city’s charter to ban future oil and gas activity. There are no injection wells or plans for drilling in the central Ohio city, many miles away from the Utica Shale boom in the eastern part of the state. The group needs 10,000 signatures to place the measure before voters.

The Columbus group is not alone in its efforts. For a fourth time, FrackFree Mahoning Valley earlier this month was certified by local election officials to land a similar charter amendment on Youngstown’s November ballot after securing 2,058 signatures. It has tried and failed three times to get the measure passed, most recently losing in May by a margin of 54-46% (see Shale Daily, May 7).

Activists in Athens, OH, are also trying to land a similar referendum on the May ballot. Already, Cleveland suburb Broadview Heights and the college community of Oberlin, west of Cleveland, have passed charter amendments banning injection wells or fracking. Mansfield, OH, more than 60 miles north of Columbus, also has passed a similar amendment.

Those opposed to drilling also are making gains at the local government level. Last month, the Kent city council unanimously approved placing a charter amendment on the November ballot after the Kent Environmental Rights Group submitted 92 petitions with 2,509 signatures concerning local control over the energy industry. Kent, in Portage County, is home to legacy drilling, but Ohio Department of Natural Resources (ODNR) records show that shale operators have permitted only 15 unconventional wells.

The operators aren’t taking the actions lying down.Two drilling companies have sued Broadview Heights over its ban, which would prevent a vertical well from being drilled on 100 acres of property owned by a church (see Shale Daily, July 28).

The local bans have proved to be a thorny issue as state law provides ODNR with the “sole and exclusive authority to regulate the permitting, location and spacing of oil and gas wells and production within the state.” While some local governments have supported the charter amendments, others have fought against them because of an inability to enforce the bans with the state’s preemptive authority.

Most of the state’s anti-fracking activism has come in areas far removed from robust shale development in the southeastern part of the state. Legal battles have unfolded in a few instances, but they haven’t earned the sort of attention like those in Colorado, where earlier this month a district court judge ruled that state regulation of the oil and gas industry trumps local jurisdictions (see Shale Daily, Aug. 28).

The Ohio Supreme Court is considering a challenge to ODNR’s authority, but it remains unclear when the court may make a decision (see Shale Daily, Dec. 30, 2013). A ruling in that case is highly anticipated after a Pennsylvania Supreme Court ruling last year undermined centralized regulation by returning to municipalities their right to change or enforce local zoning laws (see Shale Daily, Dec. 20, 2013).