Over the past two decades, Diversified Energy Co. has grown into a $1.3 billion company that operates 69,000 natural gas wells across the Lower 48, which produce about 106,000 boe/d on average. 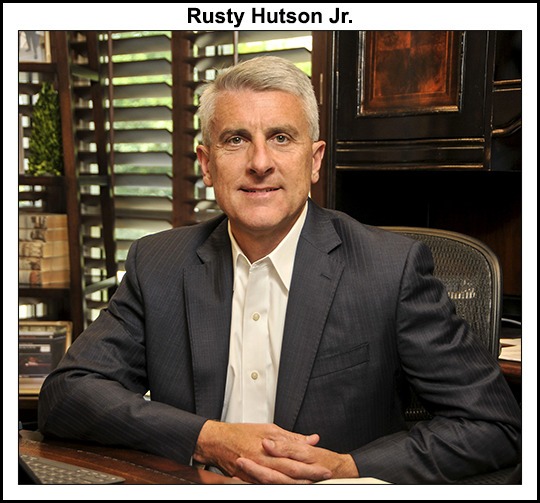 In fact, the Birmingham, AL-based and London Stock Exchange-listed firm claims it is the largest U.S. gas well operator.

Unlike many independent exploration and production companies, Diversified has not focused on drilling and developing gas wells to drive its growth. Rather, it has expanded by acquiring mature, typically conventional wells — for most of its history in Appalachia but more recently in the Haynesville and Barnett shales and the Midcontinent.

“We take a unique approach to U.S. natural gas and oil production,” said Hutson. “We’re not in the business of drilling new wells. We’re in the business of smarter asset management by investing in and optimizing existing wells, being good long-term environmental stewards and delivering value for all of our stakeholders.”

Hutson said Diversified has followed its “owner-operator model” since 2001, when he re-mortgaged his house to buy the first package of wells in West Virginia from predecessor Diversified Resources for $350,000.

The model, said Hudson, has “focused on optimizing mature assets, being good stewards of those assets and responsibly retiring them when the wells run dry. There’s steady, long-term value in the natural gas that many of these conventional and unconventional assets produce.”

The former banker recalled that, in the early days, he regularly flew from his Alabama home to West Virginia in his spare time or on weekends to work alongside a well-tender — someone who performs operations and maintenance duties at a well site.

“From there, we acquired more wells and grew as a company, eventually listing publicly on the AIM market in London in 2017,” said Hutson. The company now employs more than 1,300 people.

In recent years a sizable amount of Diversified’s acquisitions have come from major Lower 48 gas producer EQT Corp. Hutson pointed out that a $1 billion commitment from the asset management firm Oaktree Capital Partners in 2020 facilitated Diversified’s expansion into its Central Region operations, which encompass the Haynesville and Barnett and Midcontinent.

“We’re excited to expand into Louisiana, Texas and Oklahoma, with four acquisitions announced just this year,” he said. “Each of these additions has been accretive and builds efficiencies. Our initial entry includes acquiring assets in the Cotton Valley/Haynesville producing zones, expanding into the Barnett and then, once closed, the Anadarko formation in Oklahoma.”

“While we’re still analyzing wells, the Central Region is a familiar asset profile,” said Hutson. “The primary product is natural gas and there are mature, well-understood basins with similar production decline expectations.”

“Since many of the assets we acquire were non-core to the seller’s portfolios, we have a wide range of optimization opportunities,” he said.

What About the Energy Transition?

In 2020, Diversified returned 532 wells to production and conducted 5,000-plus pipeline integrity enhancements via leak detection and repair efforts, said Hutson.

“We’ve also plugged more than 300 wells since 2018 and successfully launched an internal plugging team in 2020 which has, in West Virginia, cut the time to permanently plug a well in half and reduced costs by a quarter as compared to external costs for the same region,” he said.

Hutson noted that Diversified is working to lower emissions through “proactive investment and deployment of detection equipment,” along with repairing assets in a timely fashion. In fact, the company recently announced a five-fold increase in methane detection capability in Appalachia. The move comes amid intense federal scrutiny of methane emissions in oil and gas operations, with the Biden administration seeking to more heavily regulate industry releases.

To be sure, Hutson emphasized that “environmental stewardship and sustainability” are cornerstones of Diversified’s business.

“We take wells that are often non-core to previous owners and revitalize them,” he said. “In doing so, we’re able to reduce methane emissions, reduce the need to drill more wells and ensure the efficient retirement of assets, while providing reliable, affordable energy.”

Furthermore, Hutson sees companies such as his remaining key players amid an evolving energy landscape.

“The ongoing energy transition will require a variety of resources to ensure grid reliability and reduce emissions,” he said. “Natural gas fulfills both requirements and will be a key part of that equation for many years to come and we’re excited to be a part of that.”

“The U.S. is blessed with abundant resources and the ability to responsibly produce them,” he said. “While there are a number of policy proposals out there — taxes, regulation, trade issues — that could present challenges, I’m generally confident reason will prevail when it comes to domestic energy and the U.S. will continue to be a leader in energy of all kinds, especially natural gas.”