The Atlantic Coast Pipeline (ACP) project has asked FERC for a two-year extension to build and place the 1.5 Bcf/d system online, citing the legal and regulatory delays it has faced. 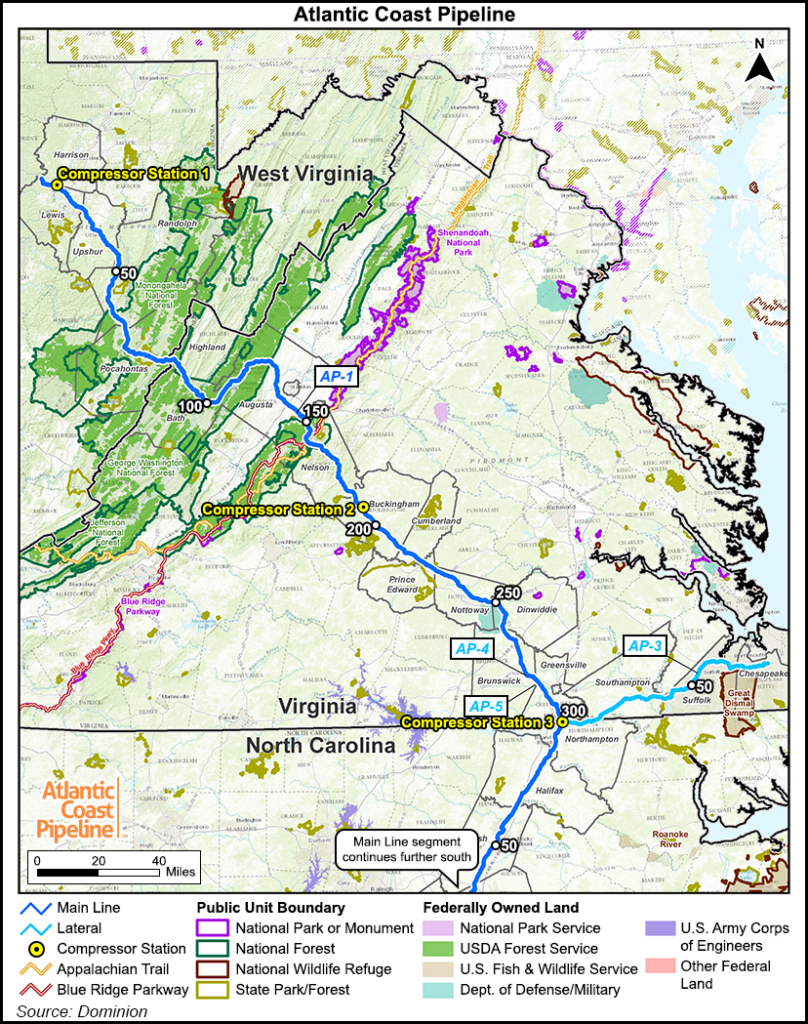 “Applicants assert that due to unforeseen delays in permitting, additional time is needed to complete construction of the authorized facilities,” they said in a recent filing.

The request came days after the U.S. Supreme Court handed ACP a major victory when it reversed a lower court ruling that jeopardized the 604-mile pipeline’s proposed crossing beneath the Appalachian National Scenic Trail.

Pipeline opponents, seeking to uphold a late 2018 ruling from the U.S. Court of Appeals for the Fourth Circuit, argued that since the Appalachian Trail is administered by the National Park Service, it is exempted from United States Forest Service authority to permit the proposed crossing.

The justices ruled 7-2 in favor of the pipeline, a decision that could prove pivotal in helping ACP avoid rerouting its $8 billion project as it seeks to build a conduit for Appalachian natural gas to reach markets in the Southeast. The ruling also has implications for the similarly routed Mountain Valley Pipeline (MVP).

MVP’s Southgate Project also received a certificate from FERC on Thursday to build and operate 75 miles of pipeline. Southgate would provide up to 375 MMcf/d of additional capacity and extend MVP’s reach into North Carolina. It would receive gas from MVP in Virginia and transport it to delivery points in Rockingham and Alamance counties, NC.

Equitrans Midstream Corp. had hoped to bring the project into service by 4Q2020, but the 303-mile, 2 Bcf/d MVP also has faced significant legal and regulatory challenges that have pushed back its in-service date to 2021.

Commissioner Richard Glick dissented from Southgate’s certificate, saying, as he has frequently in recent years, that his colleagues once again refused to consider the project’s consequences for climate change.