With a focus on the Bakken in North Dakota and Texas properties, San Antonio-based Abraxas Petroleum Corp. is starting its exit from the Powder River Basin (PRB) in Wyoming and Montana as it closed an $11.1 million sale of PRB assets last Tuesday. 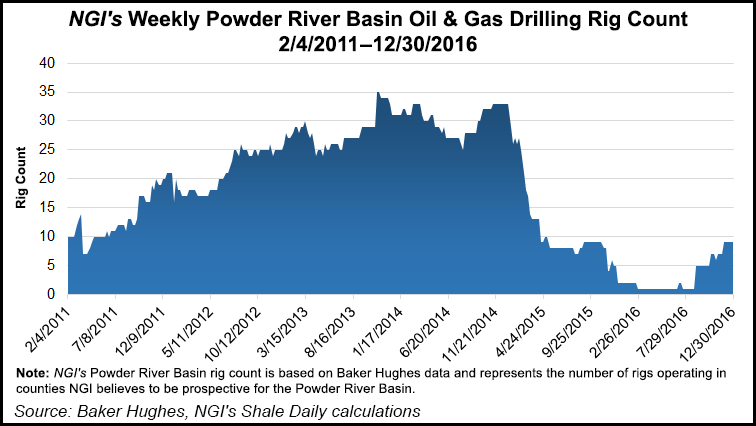 Abraxas officials said they are continuing to market their PRB remaining assets, but gave no specific timetable for exiting that area as they reported recent activity in the Williston and Permian Basins. A previously announced sale of assets in Pecos County, TX, in the Permian was terminated by the prospective buyer.

“A termination notice was received on the company’s Hudgins Ranch property in Pecos County, but Abraxas did retain 50% of the survey fees associated with the terminated sale,” said a company spokesperson who noted the company holds 13,468 acres in Pecos. “Abraxas is currently remarketing the property and is in discussions with several potential buyers.”

Eventual proceeds from the PRB and Texas sales are expected to help Abraxas pay down debt.

While CEO Bob Watson has reiterated that the PRB and Pecos County assets will remain on the sales block, the company in its Tuesday announcement reported favorable results from recent drilling in McKenzie County in North Dakota and the Delaware Basin in Texas.

Abraxas recently spudded a four-well pad (Stenehjem 6H to 9H) in the Bakken and continues to drill the intermediate section of the Stenehjem, the company noted on its website. Two of the spudded wells that were earlier brought online have produced more than 100,000 bbls cumulatively in four months, according to company officials.

In the Delaware portion of the Permian, Abraxas successfully completed a nearly 5,000-foot lateral in Ward County with a 25-stage completion and the results “significantly exceeded expectations,” according to the company’s report. The well provided a 24-hour initial production (IP) rate of 1,267 boe/d (1,053 b/d of oil and 1,285 Mcf/d of gas) with a 30-day IP rate of nearly 1,000 boe/d.

Last November, Abraxas reported signing an agreement to sell its Brooks Draw assets in the PRB for $11.3 million. The sale was to include 14,229 net acres.

At that time, Watson told analysts during a quarterly earnings conference call that Abraxas planned to stay active in North Dakota, adding that it put one rig back to work and touting the “significant new” hydraulic fracturing designs and elongated decline rates for six completions of drilled-but-uncompleted (DUC) wells in the Bakken.

Completing six DUCs in the Williston Basin is one of four “catalysts” propelling more future activity for Abraxas in the Bakken, South Texas and Permian, along with the sale of noncore assets, Watson said.