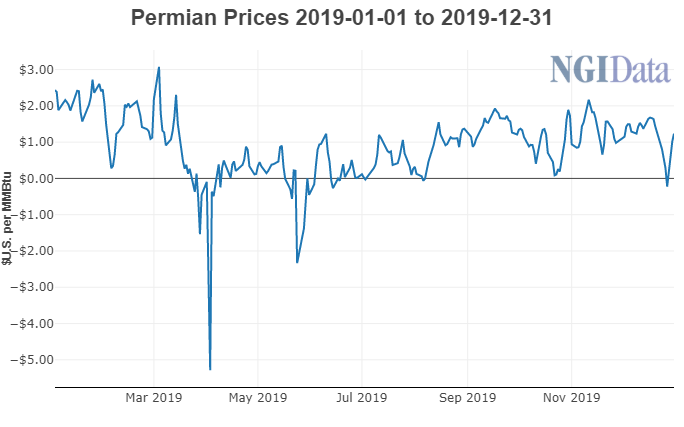 The Denver-based operator, one of the largest producers in the Denver-Julesburg (DJ) Basin after its recent $1.7 billion acquisition of SRC Energy Inc., said it would cut back activity this year in Colorado and West Texas, where it also has assets in the Permian Basin. PDC’s average realized prices for crude oil, natural gas and natural gas liquids fell 24% year/year to $26.46/boe in 2019.

“The decrease in capital investments is expected to be realized through anticipated reductions to drilling and completion costs, as well as less than originally planned development activity in each basin,” management said.

Like its peers, the company’s plans could change as they were rolled out before crude prices plunged on Monday after a price war broke out between Russia and the Organization of the Petroleum Exporting Countries. Some Lower 48 oil and gas producers have already reacted to the oil rout by announcing plans to curb spending and activity through the rest of the year. At least one producer, Permian Basin pure-play Parsley Energy Inc., has revised its baseline capital expenditures assumption from a $50/bbl West Texas Intermediate (WTI) oil price to a $30-35 average price for the rest of this year.

The Wattenberg field in the DJ of northeastern Colorado continues to drive volumes, accounting for an average of 104,000 boe/d during 2019. Management said last summer it expected higher line pressures in the Wattenberg as the result of a delayed processing capacity expansion, something it’s dealt with periodically in recent years as activity has ramped up in the Rockies. But line pressures reduced as the year came to an end and helped drive a 4% sequential increase in average fourth quarter production of 108,000 boe/d.

In the Permian’s Delaware sub-basin, PDC produced an average of 31,000 boe/d in 2019 and an average of 34,000 boe/d in the fourth quarter. Management said the company realized drilling and completion efficiencies throughout the year, resulting in an 18% decrease in average spud-to-rig release drill times to 27 days and average drilling and completion costs $1,200 per foot, an improvement of 20% from 2018 levels.

In addition to the merger with SRC, PDC also divested its Permian Delaware midstream assets and instituted a stock repurchase plan last year. The company announced changes to its board recently and changes to executive compensation after fending off some shareholder resistance last year.

For the full year, the company reported a net loss of $57 million (minus 89 cents), compared with net income of $2 million (3 cents) in 2018. Management attributed the loss to the steep decline in commodity prices.