Gulfport Energy Corp. plans to slash spending to the bone this year and cut annual production in the process as it wrestles with low natural gas prices and a restive shareholder pushing to shake up the board. 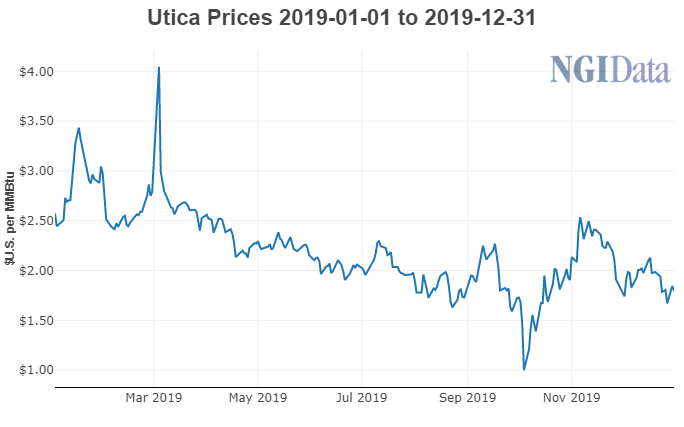 The bulk of Gulfport’s volumes come from the Utica Shale in Ohio. It also has operations in the South Central Oklahoma Oil Province (aka SCOOP). All of Appalachia’s leading operators have announced plans to scale back this year in response to historically low gas prices, but Gulfport’s spending plans are among the lowest. Management said the 2020 program would generate positive free cash flow at current strip prices.

“The large decline in spending during 2020 also allows us to retain our high value inventory for a better gas price environment in the future,” said CEO David Wood. “We continue to focus on cost and efficiency improvements in every aspect of our business to ensure we maximize returns during this downturn.”

The company laid out its 2020 plans in its year-end earnings release. Just days later, the company’s largest stockholder, Firefly Value Partners, which holds 13.1% of Gulfport’s shares, nominated two candidates for the board. Firefly has been pushing for change at the company since last year, voicing its dissatisfaction with management’s efforts to create more value. Gulfport responded by noting that five of its eight directors have been replaced in the last three years.

Gulfport dumped more than $170 million of noncore assets in 2019 and reduced debt by $50 million through discounted bond repurchases as it has worked to simplify its portfolio and control costs at a time when investors have pressured oil and gas producers for stronger returns.

Given the decline in commodity prices, the company reported a $2 billion noncash impairment of its oil and gas properties for the year, which impacted earnings.

Gulfport also released its first corporate sustainability report. It comes at a time when the environmental, social and governance (ESG) of companies has emerged as a major point of emphasis in the investment community. Analysts have warned that oil and gas operators cannot afford to ignore their performance on these metrics as more and more capital is tied to some kind of ESG criteria.