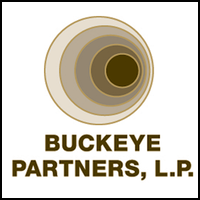 The start of operations at the terminal, located at the mouth of the Corpus Christi Ship Channel, follows first deliveries of crude in June from one of the four pipelines serving STG. Along with the nearby Buckeye Texas Partners operations, the facility is seen further positioning Corpus Christi as a top export location for U.S. energy producers to access global markets.

Buckeye continues to work on completing the additional phases of construction on the STG project, which are expected to be fully complete by the first quarter of 2021. Once finished, STG would be able to accommodate for the loading of up to very large crude carrier-sized (VLCC) vessels, utilizing “state-of-the-art technologies to control air emissions.” Full operations would include petroleum products storage capacity of 8.6 million bbl, with the potential to expand to 10 million bbl, and up to 800,000 b/d of throughput capacity at two deepwater docks.

STG is a joint venture (JV) 50% owned and operated by Buckeye Partners. Phillips 66 Partners LP and Marathon Petroleum Corp., through respective subsidiaries, each have a 25% stake.

The oil and gas industry has gone through a period of unprecedented demand destruction that is only now beginning to show signs of reversing, according to Port of Corpus Christi CEO Sean Strawbridge. “The loading of this vessel with crude from the Permian Basin is a sign that this economic downturn is changing direction.”

Record tonnage was moved through the Port in the first quarter, and despite the downturn in energy markets, oil volumes remain strong following the start of operations at several pipelines and terminals in the region over the past year.

Pin Oak Corpus Christi LLC received its first vessel in April at the newly commissioned Oil Dock 14, which is capable of loading a Suezmax-class vessel at a rate of up to 960,000 b/d. The JV between Plains All American Pipeline LP and Enterprise Products Partners LP, Eagle Ford Terminals, loaded its first ship last September. The Epic Marine terminal started exporting in December when the first of two docks started operations, and the second is due online in the third quarter.

Meanwhile, the second phase of the Channel Improvement Project is slated to begin next month, which would increase the depth and widen the channel with an additional 400 feet of barge shelves. Completion is projected for early 2022, at which time STG would then be able to load as much as 1.5 million bbl onto VLCCs before sending them out for a quick topping off in the Gulf of Mexico, according to RBN Energy LLC. VLCCs can transport 2 million bbl when fully loaded.

RBN said that marine terminals in Corpus Christi and nearby Ingleside exported 249 million bbl in the first six months of the year, or about 1.54 million b/d. That’s more exported crude than Houston (159 million bbl) and Beaumont (73 million bbl) combined, and more than three times what Louisiana sent abroad in the same period (80 million bbl).

A key aim in the design of the terminal, RBN said, has been to maintain crude quality. In addition to receiving fungible streams of West Texas Intermediate and West Texas Light, the facility has the ability to receive batches of crude with more specific qualities into tanks dedicated to specific customers, and from there into individual cargo tanks within the VLCCs and Suezmaxes that would load at Gateway, analyst Housley Carr explained.

As for how export volumes shape up for the remainder of the year, several factors come into play, according to RBN. These include the degree to which Permian and other crude oil production rebounds as well as U.S. refinery utilization rates this summer and fall. Exports also depend on the strength of the post-Covid economic recovery in the Asia/Pacific region, Europe and other markets for U.S. crude.

“One thing is certain, though,” Carr said. “The new and expanded terminals in Ingleside — including South Texas Gateway — as well as the facilities in the Inner Harbor will help to ensure that the Corpus Christi area will remain a primary exporter for Permian production when it rebounds, once lives and economies return to normal.”